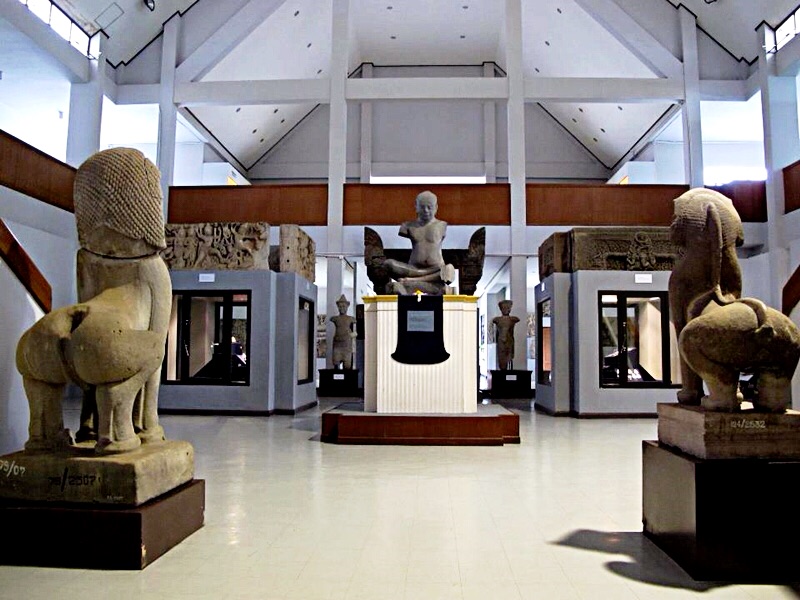 “Isan” means the northeastern part of Thailand, the size 1/3 of the country and most of the land is plateau, called the “Isan Plateau”. There are main rivers; Moon, Chi and Mae Khong. The Isan Plateau is divided into two sections: the upper portion is called the Sakon Nakhon Basin and the lower portion the Khorat Basin. In the old days, both basins had been fertilized with a great variety of natural resources and many traces of human habitation were found. The archaeological and historical remains indicate that civilization first emerged on the Isan Plateau in prehistoric times, about 4,000 – 1,800 years ago. During the historic period, a variety of cultures flourished. Importan examples are: the Dvaravati culture which was similar to the one found in the central part of Thailand, the 6th – 10th centuries. The Khmer culture which was influenced by Cambodia between the 6th – 13th centuries; the Lanchang culture from Laos: the Thai culture from Ayutthaya and Bangkok from the 15th century to the present. As a result, the area is rich in cultural heritage.

Phimai National Museum is situated on Tha Songkran Road near the Moon River, Nai Muang Sub-District, Phimai District, Nakhon Ratchasima Province, 300 metres from Prasat Phimai and 59 kilometres from Muang District. At first, it was an open site museum, collecting art objects from Prasat Phimai and its neighboring sites, and under the supervision of the Archaeology Division. Later in 1975, it was sponsored by the National Museums Division and established to be the regional museum of the Lower Isan. From 1989 to 1993, the Fine Arts Department received a budget from the Royal Contribution Project (or the Green Isan Project) to develop Phimai National Museum. The Permanent exhibition and its building, the museum office, auditorium, study collection, storage area, guest houses, and other facilities are now completed. H.R>H. Princess Maha Chakri Sirindhorn presided at the opening ceremony of Phimai National Museum on 4th of August 1993.

The museum is the center of cultural heritage in north-eastern Thailand, emphasizing artifacts from the lower Isan, such as Nakhon Ratchasima, Chaiyaphum, Buri Ram, Surin and Si Sa Ket. The interesting art objects belong to Dvaravati and Khmer art styles. The Dvaravati style can be seen on Sima or boundary stone while the Khmer style is evident in stone carving of lintels, pediments, pillars and antefixes. The master piece of the museum collection is the stone statue of the King Jayavarman VII of Angkor Thom which was found in Prang Bhramadhatta, Prasat Phimai.